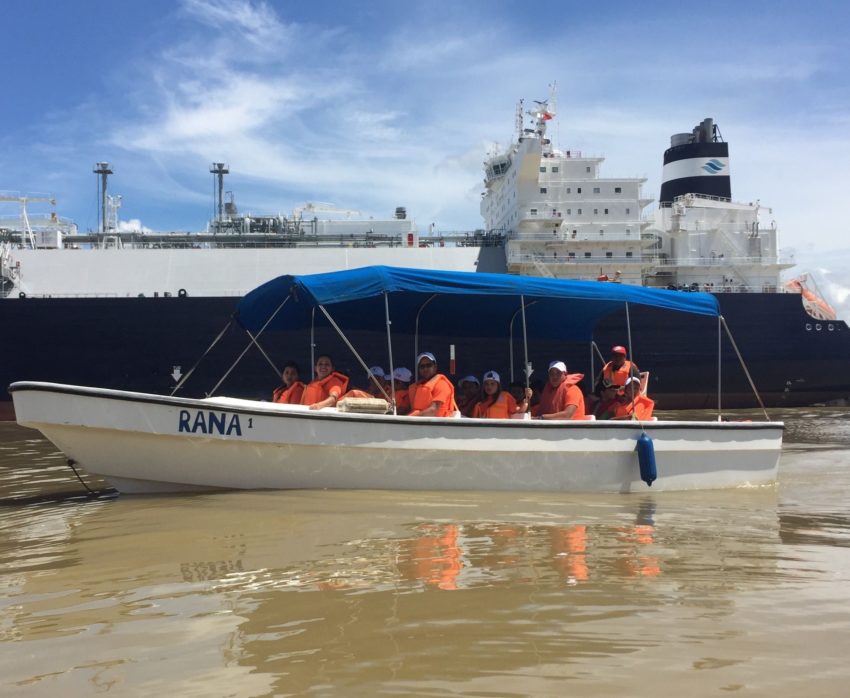 Our Panama Canal Alternative Transit Tour departs daily from Panama City. We conveniently pick you up at all the major hotels, as well as apartment buildings and condominiums.

The first part of the tour consists of navigating the Panama Canal alongside huge cargo ships and cruise ships. Our small boat with capacity for 10 people will take you on this great adventure through the Canal and its immense Lake. Gatun Lake (Spanish: Lago Gatún) is a large freshwater artificial lake to the south of Colón (Atlantic), Panama. It forms a major part of the Panama Canal, carrying ships for 33 km (21 mi) of their transit across the Isthmus of Panama.

The lake was created between 1907 and 1913 by the building of the Gatun Dam across the Chagres River. At the time it was created, Gatun Lake was the largest man-made lake in the world. Gatun Dam was also the largest of its kind.

Listen as your Canal historian shares tales of the incredible engineering feat that divided two continents. Gatun Lake, long artificial lake in Panama, constituting part of the Panama Canal system; its area is 166 square miles (430 square km). A key structure of the Panama Canal, operate at a range of 5 feet (1.5 m) between water levels of 87 and 82 feet (26.5 and 25 m) above sea level. The lake’s main function is to hold sufficient water in the Gaillard Cut to the south, a gorge blasted through the Cordillera, for canal passage and for use in the canal’s locks during dry spells. The immense lake is also a wildlife sanctuary. Our Panama Canal excursions connect you to each fascinating destination. At Gatun Lake, board a motor launch for a two-hour cruise. And watch for monkeys, toucans, and sloths while you navigate through the Gatun islands.

The second part of the tour is to see what nature hides inside the Panama Canal, Monkey Island. Monkey Island allows you to explore a jungle lake and get up close and personal with a wide variety of monkeys. The tours here explore Lake Gatun, stopping off at various spots to interact with four different species of monkeys. The island is within the Panama Canal and is the most natural part of the Canal. Sailing towards the Island we will find huge ships that cross the Canal. There, the best selfies and videos await you.

The third part of the alternative tour is to travel in a comfortable vehicle the entire Canal Riviera, from north to south. On this tour we will make strategic stops along the interoceanic route. We will also cross the Centennial Bridge over the Canal.

The Panama Canal (Canal de Panamá) is an artificial 82 km (51 mi) waterway in Panama that connects the Atlantic Ocean with the Pacific Ocean. The canal cuts across the Isthmus of Panama and is a conduit for maritime trade. One of the largest and most difficult engineering projects ever undertaken, the Panama Canal shortcut greatly reduces the time for ships to travel between the Atlantic and Pacific oceans.

Canal locks at each end lift ships up to Gatun Lake, an artificial lake created to reduce the amount of excavation work required for the canal, 26 m (85 ft) above sea level, and then lower the ships at the other end. The original locks are 32.5 m (110 ft) wide. A third, wider lane of locks was constructed between September 2007 and May 2016. The expanded waterway began commercial operation on June 26, 2016. The new locks allow transit of larger, New Panamax ships.

Finally. We will visit the entrance and exit of the Canal in the Pacific area. There you will see how the ships wait their turn to enter and you will see those who come out. Amador Causeway was Built in 1913, with rocks from the excavation of the Culebra Cut during construction of the Panama Canal, the Causeway joins Panama City with four islands: Naos, Perico, Culebra and Flamenco. With the transformation of the area into a tourist attraction, the promenade has become one of the most popular and visited places of Panama. It is a site with a beautiful view of the city and the ships waiting to enter the Canal. The Causeway Islands are four small islands by the Pacific entrance to the Panama Canal. Launch facilities are used by pilots boarding ships entering the Panama Canal from these islands.

Note: If you wish, at the end of the tour, your guide can recommend you an excellent canal-side restaurant on the Causeway. Our guide will accompany you. At the end of your meal, you will be taken to the hotel.

Does not include: Food. 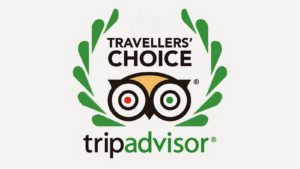